Football, arguably the world’s most epic and beautiful game is ever full of surprises especially if you are in love with the gambling part of it. If you have wagered many bets but still find yourself with little success to show off, that may be the case because you are a little bit misguided. You will learn some of our football betting systems.

Football is ever advancing. The “small” teams are ever polishing their playing styles and adapting to techniques that see them gain a balancing act against their stronger counterparts. Many people prefer to try their prediction instincts based on the conventional win-draw-win system, and that approach is preferred since it has some elements of simplicity given that the outcome of a match can be determined by looking at the past playing history of the teams involved.

If you want to make money from football betting, you have to shift your attention from the standard win-draw-win approach. Many betting firms allow for flexibility when it comes to the type of football bets that fans can make. For instance, you can place a wager on a team that will score first, correct goal predictions for first/second halves, and you can also combine the different betting approaches into one single bet that can significantly boost your potential earnings.

Back teams that often score a lot of goals

Football is won based on the number of goals a team scores against the opponent, and teams with goal scoring galore usually compete for top table slots. You can pick such teams especially if they playing against bottom and middle table opponents. Matches between top table teams against the middle/bottom table teams are quite easy to predict, and you can confidently pick the top teams whether they are playing on home turf or away.

Create a combined first eleven from the two opponents

This approach is applicable if you understand the two teams involved well. Your first duty will be to identify players that are likely to be selected for the given match, and that is a task that you must do for all the opposing teams. The decision to include a certain player in your final selection should be based on technical merit and game changing ability since these are the factors that determine whether a play can end in a win, loss, or a draw for a certain team.

The team that contributes many players to your final combined first eleven has a higher probability of winning the match than the one that contributes fewer players. That trick can be seen if top table teams are meeting their middle/bottom counterparts. The top teams often win because they have top-quality players in large numbers.

Home support does give teams some psychological advantage over their opponents. Many teams often struggle to find in away matches, and that psychology affects even top level teams. Bookmakers know that factor very well, and that is why teams playing their turfs are given shorter odds. So how does the home turf aspect affect your betting?

The most important thing you should watch out for is the outcome of the matches that a team played on home ground. If you find that a team gives solid wins/wins and few losses on its home ground, then you can adjust your prediction tact to a level that isn’t so risky. Again, some teams are generally dismal in their performances regardless whether they are on home turf or away. In such instances, your instincts should guide you right into making the right predictions.

Pair teams, and observe their outcomes of their recent meetings

This approach is suitable especially if top table tables are meeting. Analysis of previous meetings can give you a worthy insight on the weaknesses and the strengths demonstrated by each team. For instance, pick an example of a Chelsea-Arsenal derby. Many pundits often view Chelsea favorably, and you can see that by checking the last 10 meetings between the teams – Chelsea has more wins than its opponents, and that means that its probability of winning such derby is higher than that of their rivals.

Hope some of the football betting systems above will help you next time. 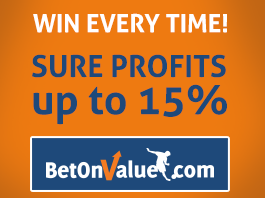